Hazel takes a client-centered approach because every client has unique experiences, situations, and requirements.

She uses her own experience to generate an approach that works for you.

Together, we look at your situation, we create solutions, which enable you to make progress.
Hazel's sessions are about: 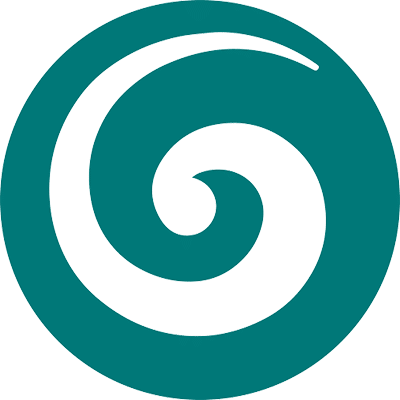 1. My career is out of my control. Expand

Ben’s company had just announced another restructure, only eight months after the last one and his role was being disestablished again. Ben arrived with the view that his career was completely out of his control. During coaching, Ben discovered that his longer-term ambition had not changed and the current situation was just a hurdle he needed to navigate. When he was supported to consider the knowledge and skills he needed to realise his ambition, Ben began to see there were in fact opportunities to learn right there in the current situation. He volunteered to assist with the change that was underway and received further training so that he could support others. Ben moved to a new role, gained new skills and renewed his longer-term focus.

2. What’s happened to my performance and confidence? Expand

Lara was a successful and established business leader, but she was aware that her confidence and her performance had declined recently; a point also noted by her Chief Executive.  She wanted coaching to understand and address these problems.  During the initial session we worked through Lara’s current situation and explored her views on her lack of confidence and reduced performance. Lara realised that deep down she was no longer challenged by her work, no longer happy in her current role and was surprised to realise she was in a career rut. This lightbulb moment was a shock for Lara because she was doing the job she had always wanted. Our coaching conversations enabled Lara to work out what was missing, what success might now look like and what steps she would take.  Lara discovered that she was missing a sense of real purpose to drive her. Having decided to make a career change in the longer term, she used her coaching sessions to work through what her transferable skills were, where might she employ these skills and how she could generate challenging goals in her current job to lift her performance and motivation.

3. I have some feedback that I need to work on. Expand

James, a senior leader with a successful career to date, led a large business unit in a company that was being subject to an imminent market shift.  A recent 360 feedback report showed that his team and peers were struggling with his behaviour and leadership style, so he had decided to seek the support of a coach. James presented as confident and very experienced in his field. He was concerned by the feedback and thought people were misunderstanding his good intentions to make the changes he felt were needed in the company, to navigate the market shift.  We agreed that before we started coaching, I would interview people around him and shadow him during a couple of typical workdays. Using my observations and the 360 report we began working through what James was aiming to achieve and how he was going about it. It slowly became clear to James that there were two issues; Firstly, due to his experience, he had a tendency to think he knew best and not consult others; Secondly, he was experiencing a difficult personal situation, which he had kept private. These combined were the root causes of his current behaviour.  James’s direct reports were motivated to make changes and had some great ideas. Through 1:1 coaching and team coaching, with James and his direct reports, the improvements came.  James altered his approach and received positive feedback. Together James and the team successfully delivered the changes required to navigate the market shift, achieving both their goals and stretch targets.

4. Why am I missing out on promotions? Expand

Onyema was a successful specialist in her field, who had just been overlooked for a promotion which she felt she deserved.  She arrived at her first coaching session frustrated about this; she wanted to get promoted, be successful and not stagnate.  Our conversation revealed that Onyema felt that she was entitled to the promotion. However, when we unpacked how she worked with her colleagues and team, the examples revealed that her behaviour and attitude might be having a negative impact on those around her.  This was a difficult realisation for Onyema to grasp.  Having decided to seek feedback from others at work Onyema was surprised by what she learned. She used future coaching sessions to decide areas of focus for her development and specific actions to adjust her behaviour, which improved her self-awareness.  Later feedback indicated Onyema’s impact on others was more positive and the motivation that was being created was generating better business results. She didn’t miss her next opportunity for promotion.

5. What am I afraid of? Expand

Sabine was two years into her first job after university. Her company had placed her on their high potential development programme, which included coaching.  At the first session Sabine explained she was planning to resign. She was going travelling for the first time and was very apprehensive about this. She wanted to work on “fixing” her apprehension.  Sabine discovered the root cause of her apprehension was not in fact the travelling, but the impact the travel gap might have on her future career path.  Following this realisation we worked through Sabine’s concerns, considered the pros and cons of travelling and looked at how Sabine might use the travel experience to accelerate her career afterwards.  In the sessions that followed Sabine came up with a plan for her travels and decided steps she would take beforehand for her future career. Sabine returned, after nine months of travelling, to the same company in a new and more challenging role.

6. I don’t think I’m ready for this promotion. Expand

Naz was a team member and mid-career when his company offered to promote him to his first leadership position. At his first coaching session Naz shared serious concerns about his ability to be a leader and his worries about being able to deliver what he felt was expected of him.  Through coaching Naz realised that although others could see his potential he was struggling with self-doubt and his ability to perform to the standard he expected of himself.  He discovered his doubts were in fact ‘old thinking’ and were not relevant to his life today or to his current performance. This realisation enabled Naz to see that he was being given the perfect opportunity to use his existing knowledge and skills to develop himself and this inspired him. Naz accepted the promotion and in the sessions that followed he chose to explore his approach to leadership and to work on skill gaps that occurred during his first six months as a leader.